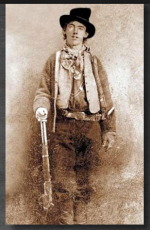 I wrote this bit of fiction/satire in 2009, shortly after I returned to Saskatoon, SK, where I was living at the time, following a trip to New Mexico. I keep losing it on my computer so I thought I’d post it here where I can find it if I need it again. And others can read it if they want to.

Last night I finally found an ancient New Mexican who had started an enchilada restaurant here in Saskatoon but no one ever came to eat there, a) because he did no advertising and b) because no other Saskatoonies knew of the wonders of the New Mexican enchilada. It was a cab driver who told me about him, and the cab driver (a Pakistani-Canadian) dropped me at the door of the restaurant, just as the poor old New Mexican (Jose Chavez) was hanging up his Closed Forever sign.

He was so shocked to have someone who actually appreciated his enchiladas that he slaved for hours in the kitchen to get them exactly right. (He wouldn’t let me watch. It is a secret recipe that only New Mexicans know. All you can dream of in your life is to have a real New Mexican come to your house and cook you enchiladas. You will never want to eat anything else again.)

Jose put the plate on my table, poured me a glass of tequila (not knowing I don’t drink) and then stood back to await my response.

But then — here is the second miracle! I looked down at my plate and there, in the plate of enchiladas, clear as anything, was the figure of Billy the Kid!!! How could I eat that?? I had no need to explain my dilemma to Old Jose — everyone in NM knows Billy, who loved the Spanish. So now my enchiladas with the face and body of Billy (a Winchester–which I think might be a chile stem–loose in his hand, its butt against his boot), are in my fridge, and I have taken a picture and I am posting it on ebay, and when it sells for a million dollars Jose and I are running away to Guanajuato where we will live forever, me writing, him cooking me enchiladas.

(P.S. Check out the fine novel, Billy the Kid’s Last Ride by John Aragon, who is also co-author with me of  The Adventures of Don Valiente and the Apache Canyon Kid.)

2 responses to “A very New Mexican miracle or two”